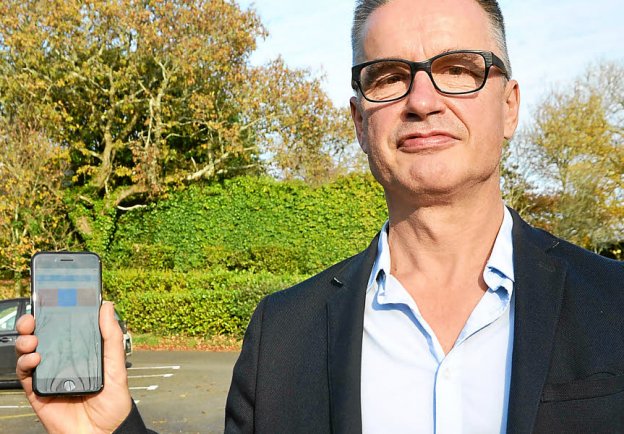 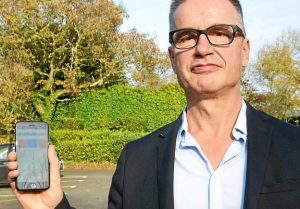 "Koust", an application in the shape of a Swiss Army knife, to help restaurateurs better manage their margins and inventory. Technopôle Brest Iroise © The Telegram

The application for restorers who want to increase their results

At the age of 20, while he was studying, he was already dreaming of setting up a business.

But before realising his dream he went to work at DCNS from 1989 for about ten years. He worked on the Charles De Gaulle aircraft carrier in various Design Offices, Hulls and Structures, then in the IT Department.

Very enterprising by nature, our man will follow for eight years, in parallel with his work, computer courses at the CNAM. But not only that! In 1993, he and his wife decided to open a restaurant in Brélès, the Jardin de l'Aber.

He left DNCS, where he had worked his way up through the ranks, to work full-time at the restaurant. With the aim of making his life easier, our computer scientist develops his own management tools that allow him to improve his margin and facilitate his orders.

The business prospers, it multiplies by 5 the turnover in two years. But a new project, that of a hotel, makes him abandon his management tools for two years.
"Slowly but surely I saw my margin fall.

In 2013, on the advice of Christopher Terleski, consultant for Hotels and Restaurants and designer of the "Marge ou Crève®" audit, he resumed his management tool. 18 months later its gross margin improved by €40,000, an increase of 7%.

In 2014, curious about everything and eager to learn, he follows The Family's Koudetat training and it's a revelation: he's going to create an app from his tools! At the end of 2014, he submitted his application for the first season of the French Tech Brest +, Ouest Startups acceleration program at the Technopôle Brest Iroise. He is selected, but fails to give an oral presentation of his project. He lacks confidence in front of an audience.

Never mind! He takes matters into his own hands and follows a 7-month training course, online, to learn how to assert himself, how to express himself in front of an audience, etc. A year later he applied again for the acceleration program and was selected for the second season, which took place from March to July 2016.

In September 2016, he created the company Koust, which means "cost price" in Breton. This is perfectly in line with his objective to enable the catering sector to "sell more and better, and for the card to meet customers' expectations".

"If I hadn't screwed up with my hotel project I wouldn't be where I am today. And today, I would like to help others to make their project a success. »

The Koust premium offer will allow you to audit stocks, inventory and import invoices. It will also provide nutritional information and analysis of product ranges.

We use cookies on our website to provide you with the most relevant experience by remembering your preferences and repeat visits. By clicking "Accept", you consent to the use of ALL cookies.
Cookie settingREJECTAccept conditions
Manage consent

This website uses cookies to enhance your experience while browsing the website. Of these, cookies classified as necessary are stored on your browser because they are essential for the basic functionality of the website to work. We also use third party cookies that help us analyse and understand how you use this website. These cookies will only be stored in your browser with your consent. You also have the option to disable these cookies. But disabling some of these cookies may affect your browsing experience.
Required Always on
Necessary cookies are absolutely essential for the proper functioning of the website. These cookies provide the basic functionality and security features of the website in an anonymous manner.
Functional
Functional cookies help perform certain features such as sharing website content on social media platforms, collecting comments and other third-party features.
Performance
Performance cookies are used to understand and analyze key website performance metrics, which help provide a better user experience for visitors.
Analytics
Analytical cookies are used to understand how visitors interact with the website. These cookies help provide information on measures of visitor numbers, bounce rate, traffic source, etc.
Advertising
Advertising cookies are used to provide visitors with relevant advertising and marketing campaigns. These cookies track visitors to the websites and collect information to provide personalized advertisements.
Other
Other unclassified cookies are those that are being analyzed and have not yet been classified into a category.
Save & Apply

Hit enter to search or ESC to close